Hypnosis for Pain Management in Medicine 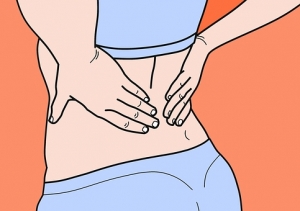 Pain control is the oldest and best researched use of hypnosis in modern medicine. In the nineteenth century a Scottish surgeon, James Eisdale, reported having performed over 300 operations using hypnosis for anesthesia while living in India. He reported his findings to the Royal College of Surgeons in England, but they rejected his technique because they didn’t think it was possible. Nobody followed up on his research because ether was discovered shortly after that time and, despite all of its dangers, it became the anesthetic of choice. After that, hypnosis fell out of favor with the medical profession as new pharmaceuticals and procedures were developed.

The modern use of hypnosis for pain control was popularized in the 1950’s by David Elman, who devised a quick, reproducible and easily taught hypnotic induction for health professionals. Although hypnosis is taught in many dental schools and used routinely by many dentists to control pain and dental anxiety, it never seemed to catch on with most medical doctors. Interestingly, when I went to medical school in the 1970s I learned the Elman induction to reduce anxiety and pain when doing procedures in children, and I was amazed at its effectiveness. I actually used some hypnotic techniques throughout my career, but usually combined with drug treatment. It wasn’t until I took advanced training in hypnosis that I truly appreciated it’s potential to relieve the suffering of chronic pain in many conditions.

There have been literally thousands of peer reviewed research papers proving the effectiveness of hypnosis in pain control. Some of the earliest high quality research came from Drs. Ernest and Josephine Hilgard at Stanford University. Although they showed consistent effectiveness of hypnosis, they could only speculate how it worked, based on the knowledge of neurology and psychology available at the time. In the last 10 years however, the rapid advances in imaging the brain using functional MRI have started to unlock the secrets of how people experience pain, and how hypnosis can change that experience, especially the suffering associated with pain. Hypnosis can reduce the suffering associated with chronic pain, even when medical treatment has failed. It works in back and neck pain, arthritis, pelvic pain, fibromyalgia, and even in phantom limb pain.

For more information or to schedule hypnosis with Dr. Strich call 888-210-1121, or email me at gstrichmd@gmail.com